Friday, October 9, 2015
This pattern was also started as a four inch square.  I selected the upper left quadrant and drew my pattern which I copied, pasted, and flipped horizontally.  I then copied both upper quadrants, pasted them, and flipped them vertically moving them to the bottom half of the square.  (Refer back to my detailed instructions for Pattern 81 which I posted on Sunday, May 3rd.  The difference between this one and Pattern 81 is that this one started with a quarter of the square rather than an eighth of the square wedge.)  The saved pattern  repeats four times in an eight inch square, but I didn't think it showed you enough repeats to get an overall feel of the pattern so the second image below shows the pattern repeated in a 16 inch square. 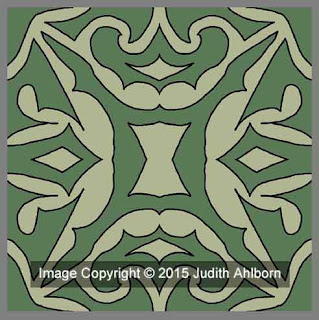 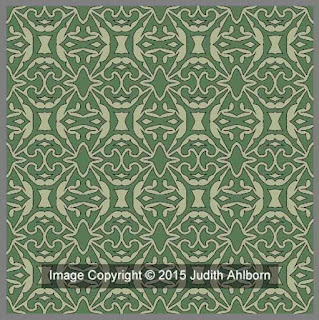