Sunday, September  6, 2015
Today's pattern started with my Pattern 149 from yesterday.  I decided to take it one step further.  I like the swirl design that I came up with in the center of that pattern.  It is a little tilted so I thought if I straightened it up and used just that part I could turn it into a half drop pattern like the ones I did earlier this year.  Using the instructions from my polka dot Pattern 24 (which I posted on February 3rd), I turned it into a new pattern.  There is not a lot of space in the center as I kept the swirl motif large enough to fill the space yet not too large that they would overlap.  I really like the overall look of this one when it is repeated, and you can see that making a series of changes to my starting Pattern 147 can end in something entirely new and unexpected.  And now I have finished 150 patterns since the beginning of this year!  With nearly four months yet to go, I should be able to hit 200 patterns before year's end. 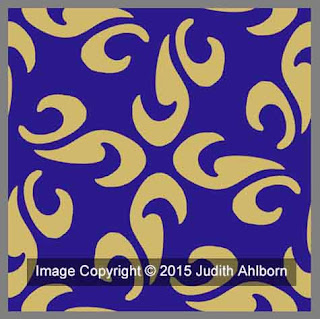 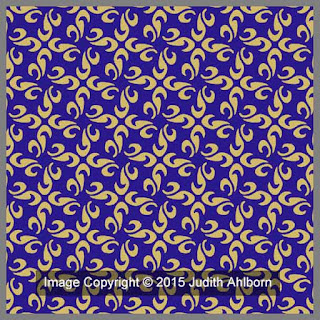